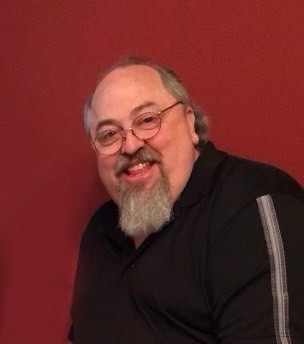 Thomas Eugene Leasure passed away unexpectedly Friday, January 14, 2022 at his home in Wilmington.

He was born April 10, 1958 in New Martinsville, WV to Robert and Wilma Leasure.

Tom worked for Corning, Inc for 41 years. He started in West Virginia and when they decided to close that plant, he transferred to the Wilmington Plant in 1989. After moving to Wilmington, Tom participated in many creative adventures. He ran a yearly car show in Rockingham, NC for years and was a classic car lover (especially Mopars) and a member of The Port City Mopars Car Club for many years, and he owned several classic cars.

He was a member of the Kansas City BBQ Society and participated in several BBQ competitions and won a few tines. He had his own BBQ Food Truck for a while as well. He loved metal detecting and all of The Gold Rush TV shows.

Tom was very creative and handy and what you would call a “Jack of all Trades”. He was a talented artist, a fantastic cook, and there wasn’t anything he couldn’t fix or repair from cars to household items.

After his retirement in 2018, he started painting on a full time basis. He was in the process of teaching his grandhildren the art of painting. He was thrilled when his six year old grandson, Hayes fell in love with art. Tom left behind many beautiful pieces of art for his family to cherish.

He will be loved and missed forever.

There will not be formal funeral service at this time but the family will plan a Celebration of Life at a later time.