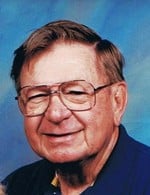 Thomas Raymond Koballa , 84, of Wilmington passed away on Thursday, January 21, 2010 at The Commons of Brightmore. He had previously been a resident of Fayetteville, North Carolina for 35 years.

Tom was born February 6, 1925 in Palmer, Pennsylvania; he was the son of the late Michael and Anna Koballa. He served in the United State Marine Corps during World War II and after attending the University of Pittsburg, was commissioned in the United State Army where he was a Bronze Star Medal recipient during the Vietnam War. During his Army career, he completed his undergraduate and master’s degrees at North Carolina State University. He later completed his working career teaching Psychology at Fayetteville Technical Community College at the age of 65.

His family would like to express a special thank you to the doctors and staff of New Hanover Medical Group on College Road, the staff at The Commons at Brightmore and the members of Liberty Hospice.

In lieu of flowers, donations may be made to St. Marks Catholic Church in Wilmington or to the charity of one’s choice in his name.