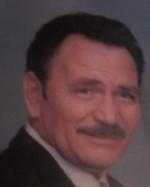 Thurman retired from the Army in 1971 after 21 years of service. He served three tours of duty in Vietnam, and was awarded the Bronze Star. From there, he worked at General Electric and then Figure Eight Island until he retired completely in 1998. Thurman was an artist who excelled in several mediums including scrimshaw, pen and ink drawings, and rope knots and was recognized as a master wood carver. He was featured several times in the Star News to showcase his work.

He was preceded in death by his father David Howard King, his mother Dorothy Harts, a brother Warren Lee King and a son Daniel Lynn King.

Thurman will be remembered as a loving and devoted husband and father, and will be greatly missed by many.

A memorial service with Military Honors will be held 11:00 A.M Tuesday, May 4, 2010 at Wilmington National Cemetery.