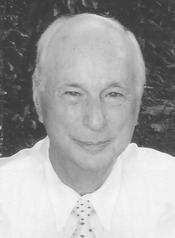 Frank was born in Wilmington on September 18, 1924, the son of the late Tillman Francis and Annie Hodge Reese, and preceded in death by his sister, Ruth Sabra Gauntt.

Frank volunteered for service in the United States Army in 1943. He served with the 35th Infantry Division during the landing at Normandy, and liberation of France. After the war, Frank worked for the Wilmington Star News until 1951 and Washington Star News until he joined the Central Intelligence Agency in 1963. He moved back to Wilmington in 1990 after retiring from the CIA.

Surviving are his children Ron and wife Cindi, of Fredericksburg, VA, Gary and wife Denise of Locust Grove, VA; brother James A. Reese and wife Barbara of Concord; sisters Ann Robinson of Hampstead, and Betty Prevatte and husband Whitey of Wilmington, five grandchildren, and eight great-grandchildren.

A memorial service will be held 4:00 PM on Saturday, January 26, 2013, at Winter Park Presbyterian Church.

Memorials may be directed to the Alzheimer’s Foundation of America.