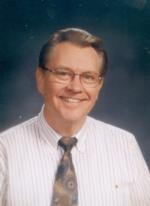 He was born in Salisbury, Maryland to Garland Clinton Wessells and Eva Reid Wessells. While being raised in Pocomoke City, Maryland, he loved playing baseball and spending time with family and friends. Later, he attended Washington College in Chestertown, Maryland where he received a Bachelor’s Degree in the Arts. He received two Master’s Degrees, one of Liberal Arts at John Hopkins University in Baltimore, Maryland, and another in Education at Loyola University in Baltimore, Maryland. He enjoyed teaching social studies for 33 years in Baltimore County schools. He was particularly interested in history, the United States government, and psychology. During this time, he touched the lives of many students and inspired them to be great.

After retiring from Baltimore County, he moved with his wife Sandy and daughter Leighann to Wilmington, North Carolina, to be closer to Sandy’s family. He became the director of the I.S.S program at Roland-Grise Middle School. He worked in the New Hanover County School system until 2003, when he retired. He was a member of Winter Park Baptist Church and enjoyed ushering at church services and attending the small group discussions. He loved working in the yard, gardening and spending time in the sun. He was always an avid reader, stamp collector and sports fan, but more than anything he loved spending time with his Sandy and Leighann.

He is survived by his wife, of 19 years, Sandy Herring; and their 17-year-old daughter, Leighann Wessells; as well as his mother-in-law, Charlotte Herring.

A memorial service will be held at 1:00 P.M., on Saturday, October 9, 2010 at Winter Park Baptist Church, 4700 Wrightsville Avenue, Wilmington, North Carolina, 28403. There will be a visitation directly following the service.

In Lieu of flowers, memorial contributions may be made to the Lewy Body Disease Association at lbda.org.