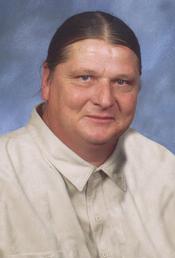 He was born in Wilmington on December 30, 1959. His parents were the late Stanley S. Lineback and Louise Bradley Lineback. He was preceded in death by his beloved aunts, Shirley Tyner and Josephine “Pookie” LIneback.

Tracy was a professional commercial and residential painter. He was formerly employed with Hawk’s Painting, for 20 years. He enjoyed fishing, hunting and the outdoors, and especially fond of all animals, including his constant companion, his dog named “Willie”. Tracy had a special fondness for exotic animals that included ferrets, pythons, tarantulas, lizards, and various species of fish. Tracy was a meat and potatoes man who always enjoyed a great steak and all manner of country cooking.

But above all else Tracy’s greatest love, devotion, and concern were for his beautiful daughter, “Katie”, who was absolutely the light of his life and his greatest hope for the future. There is no doubt, that despite his passing, Tracy will be forever watching over her.

He is survived by his wife, Candace Lineback and his daughter, Katherine “Katie” Lineback of the home; a brother, Larry Lineback (Joy) and two nephews, Michael and David of Roseville, CA, and brother, Barry Lineback (Sang) of Woodbridge, VA; sister, Anne Daeffler (Rodney) of Atkinson, NC, and his best friend Roy Phillip of Wilmington.

The family will see friends from 6 to 8 pm Tuesday at Wilmington Funeral Chapel.

Funeral services will be 11 am Wednesday at Wilmington Funeral Chapel. Burial will be in Greenlawn Memorial Park.

The family would like to say Thank You and express deepest appreciation to everyone who attended to Tracy’s health and well being for the past several years.

In lieu of flowers memorials may be directed to the family for Katie’s education.