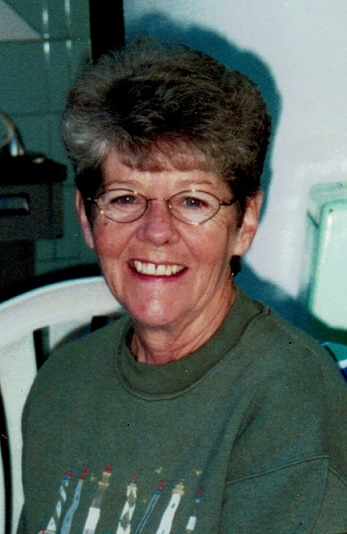 She was born on October 9, 1943 in Union County, Kentucky to Samuel James and Addie Rae Waddell.

She was a graduate of Morganfield High School, Class of 1961. She married her husband of nearly 54 years, David Winston O’Leary June 13, 1964 and they resided in Union County Kentucky and briefly in southern Illinois until retirement when they moved to Wilmington, North Carolina to be with their only daughter, Stephanie, their son-in law, Scott, whom she loved like a son, and the lights of her life, her grandsons, Mason and Jackson Boyles.

She was predeceased by her Parents, Samuel James Waddell and Addie Rae Steward Waddell.

She is survived by her devoted husband, David Winston O’Leary, her daughter Stephanie Carole O’Leary Boyles and son- in- law Michael Scott Boyles of Kure Beach, North Carolina, her grandsons, Mason David Boyles of Irvine California, and Jackson Scott Boyles of Kure Beach North Carolina, her Brother Samuel Ervin Waddell (Yvonne), and her sisters Joyce Ray Courtney (Joe) and Mary Ann Waddell.
She was a talented seamstress her entire life and loved fishing and Duke Basketball. She was a wonderful and very devoted wife, mother and Granny who loved deeply and will be missed terribly.

Arrangements will be announced at a later date.