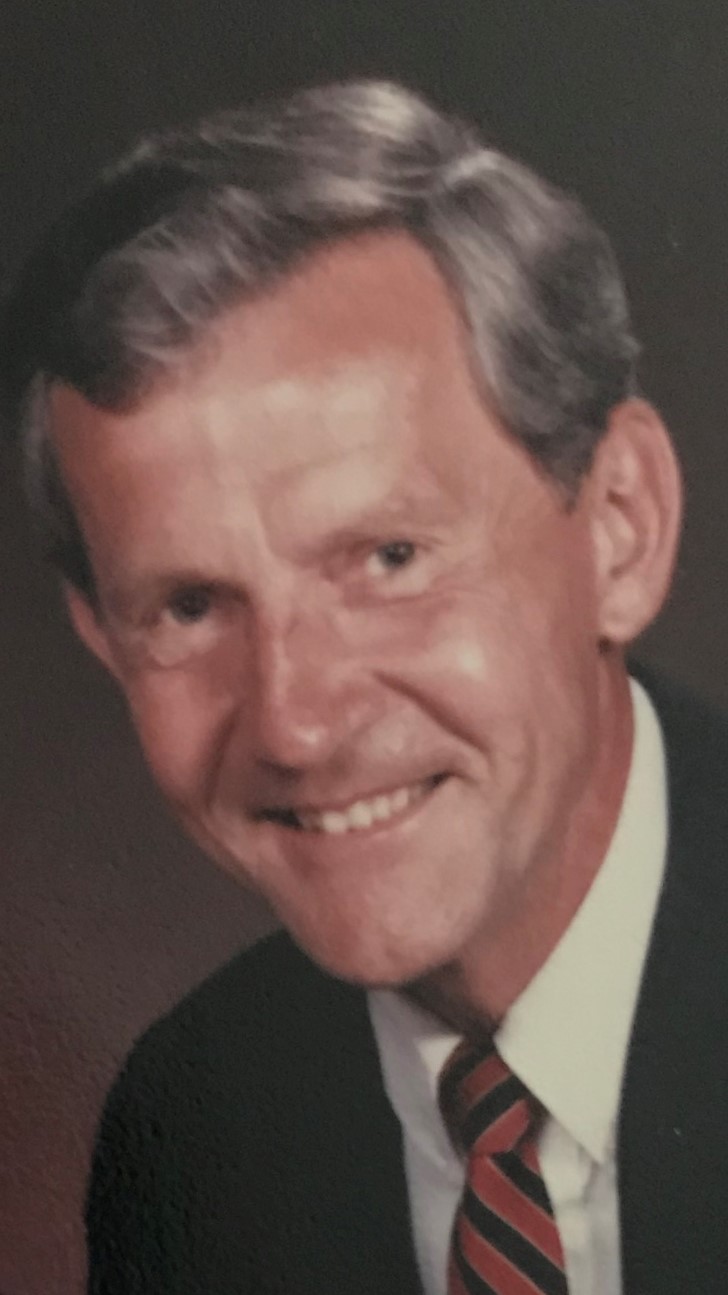 He was predeceased by his wife, Anne Marie Gabruk in 2017.

Walt was born on May 18, 1930 in Plainfield, New Jersey, the son of the late Michael and Michelina Gabruk. He attended Plainfield High School and Rutgers University, where he earned his degree in Engineering in 1952. He was a member of Sigma Phi Epsilon Fraternity at Rutgers. Walt was in ROTC at Rutgers, and upon graduation, entered the US Airforce. He trained at Lackland AFB in San Antonio, Texas, served at Chanute AFB in Rantoul, Illinois, where his son Tom was born, and then served two years at the Royal Airforce Base in Burtonwood, England, during the Korean War.
Upon returning to the United States in 1955, Walt moved his family to Rochester, New York, where he had a long, successful career at Eastman Kodak Company. He began his career in Engineering, worked briefly in Business & Technical recruiting, before spending the majority of his career in Purchasing, first as a buyer, and finishing as a director. He retired from Kodak after 32 years in 1986.

After retirement, Walt moved from Rochester with Anne Marie to Canandaigua Lake, New York (Summer) and Highland Beach, Florida (winter). He formed a consulting company with a close friend and former colleague from Kodak and worked for about five more years before retiring again in 1991. After they closed their consulting business, Walt and Anne Marie moved full time to Hilton Head, South Carolina where they built a home and lived for 25 years. They made many good friends and enjoyed the golf, boating, beaches and great restaurants the island had to offer. In 2018, Walt moved up to Leland, North Carolina, near Wilmington, to be close to his daughter in his last years. He loved day trips to the different beaches, boating, and trying out as many restaurants as possible, especially those with a water view and those with the best Manhattan on the rocks. He had a real fondness for Southport and went there as often as possible.

Walt always loved athletics. He played high school football (tight end), basketball, and was on the track team. He played football in college for a time. Walt was an avid golfer and belonged to numerous clubs over the years, his favorites being Ridgemont Country Club in Rochester, NY and Moss Creek Country Club in Hilton Head. He played from the time he was in his early thirties until he was in his mid-eighties. It was a sport he enjoyed playing at many clubs with friends and with his wife, Anne Marie. Walt also enjoyed tennis and working out during his Kodak years. Skiing was a big part of Walt’s life over the years as well. He taught everyone in the family how to ski and enjoyed the Western New York resorts like Bristol, Kissing Bridge, and Holiday Valley as well as some further spots like Snow Ridge in Turin, New York, Stowe, Vermont, and Vail, Colorado. Walt also loved boating and owned many boats over the years from sailboats to powerboats. He passed that love of boating on to his daughter, Jan, and enjoyed going out on the NC Intracoastal waterway with her while living in near Wilmington.

Walt and Anne Marie enjoyed traveling and took many island trips to places like Barbados, Jamaica, and Bermuda. They visited several European locations such as France, Spain, and England to name a few. He traveled for business to places like Japan and India several times and to Germany while in the service. One of their favorite vacation spots was Cape Cod, MA. They vacationed there for many, many years and it always held a place in our family’s hearts. He loved a comedian/singer on the Cape, Rock King, who performed at a place called the Sand Bar. He even brought a group of coworkers from Kodak there one night, when they were in Boston for a business trip and they had a great time.

He will be remembered for his quick wit and his love of reading. He often joked about his time playing sax in a band in middle school. They were booked for a school dance, but only knew about two songs, so they played them over and over again; Besame Mucho was one of those songs. He had one friend convinced that he worked on a shrimp boat when he was younger. It was a running joke with him as it never actually happened. He read many novels and the Wall Street Journal daily. He was tech savvy and loved using his cell phone and adding new apps, streaming movies on his smart tv, and reading on his tablet. He used Facebook and Instagram and tried to keep up with the latest social media trends. Walt loved watching Rutgers football and basketball on TV and was one of their biggest fans throughout his lifetime.

There will be a memorial service held in July, which will be private, due to corona virus concerns.

In lieu of flowers, contributions in his memory may be made to St. Jude’s Children’s Hospital.