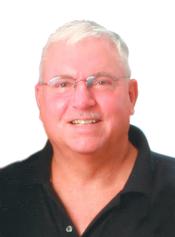 He was born August 29, 1950 in Boston, MA to parents Walter R. and Elmore A. Bayer Sr. Walt married his dear wife Christine on August 14, 1971. He was known as a faithful husband, father and for teaching the hope for God’s Kingdom as one of Jehovah’s Witnesses. As a virtuoso guitarist, he composed and wrote his own songs, and after a career in the USDA, in retirement he became a master Luthier. He loved camping and fishing with his children and grandchildren, and taking his wife for nature-seeing trips on their Harley. Known as Walt to many, Dad and Grandpa to a privileged few, and husband to one, he leaves a legacy of love for his God Jehovah and love of his family.
He is survived by the love of his life for over forty years, Christine; sons, Heath, Mead and favorite daughter, Autumn (Treavor) Tufnell.

Following the service family will receive friends at home.

Dad was a generous man with a huge heart and always so loving!

Papa, we will miss you! We look forward to seeing you again.