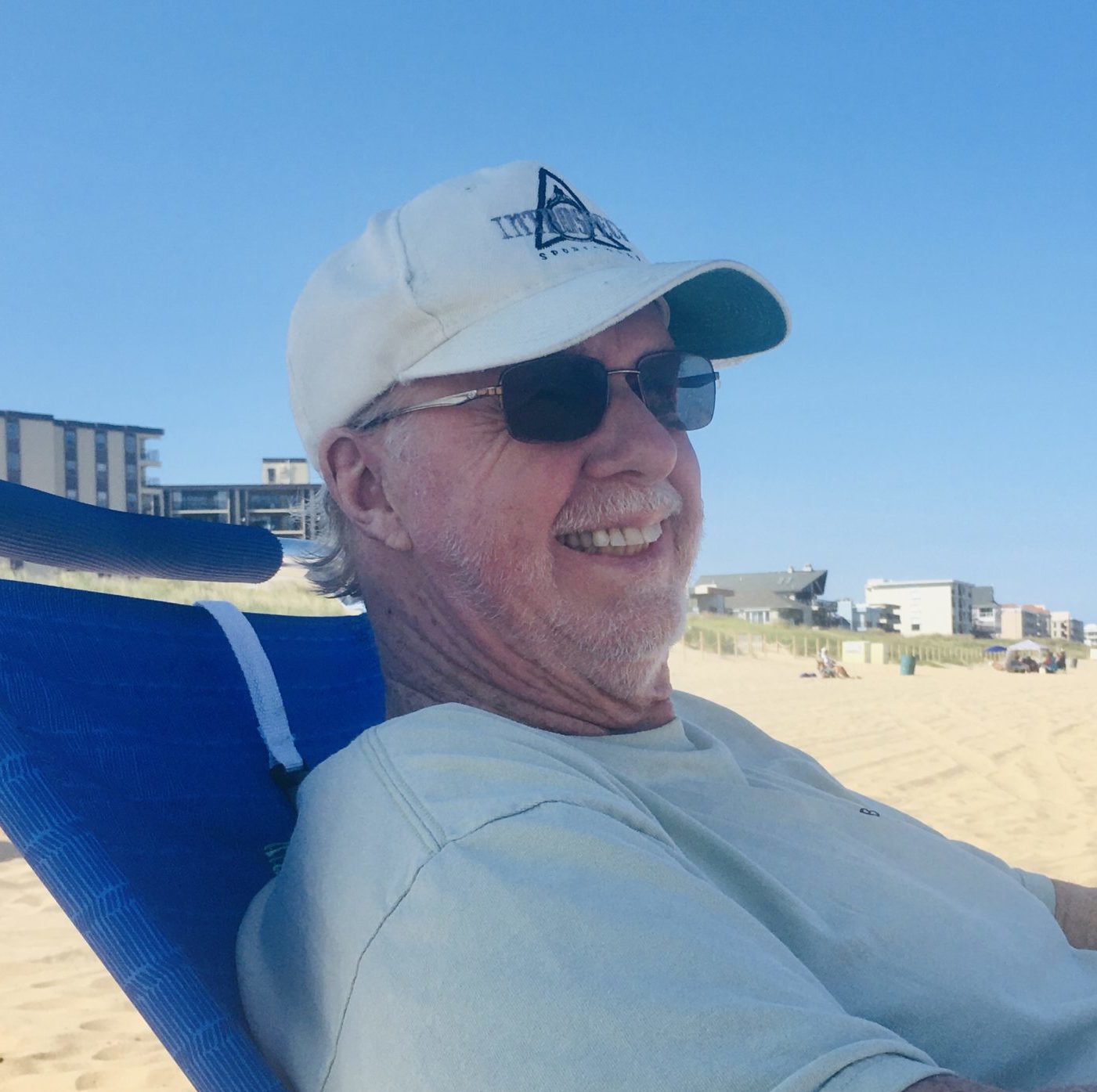 Warren Overman age 73 of Leland passed away on Thursday, December 1 at his home with his daughter and wife by his side, after a three year battle with cancer.

Born on October 6, 1949 in New York City, he is survived by his wife and best friend, JoAnne, and his daughter Michaele Dobson and her husband Chuck, who live in Ray Brook, NY. Warren and JoAnne were married for 39 years but were together over 40 years. He and JoAnne moved to Leland in 2011 from Maryland to enjoy the mild climate and beaches.

Warren graduated from C.W. Post College (Long Island University) and was a member of Phi Sigma Delta fraternity. He graduated with a Bachelor of Arts in English.

He retired in 2003 from the National Institute of Standards and Technology (NIST), an agency of the U.S. Department of Commerce, after a 29 year career as a Printing Specialist. He was responsible for coordinating many of the major NIST technical reports, brochures, special event flyers, and posters. JoAnne also worked at NIST and had a publication that needed to be printed – the rest is history.

Warren was an avid surfer, photographer and drummer. His trips with his surfing buddies were a source of great fun, hilarity, and occasional danger. He acquired the nicknames Foon/Foondoggy/Foondog based on his alias – Dr. Leon Foonman, BFD, Doctor of Phrenology.

His skill as a photographer garnered him several awards from the Cape Fear Camera Club of which he was an active member for several years. Many of his photographs are display in his home and beach condo in Ocean City, MD.

Warren began his drumming career at 13 and played all his life. He played in several bands and in “drum rooms” in his homes to the delight of the neighbors. During a trip to California, he toured the DW drum factory and bought a custom drum set which was his pride and joy. Drumming helped him deal with stress and, when he could, the challenges of his illness.

The family has asked that donations be made in his memory to the American Red Cross (blood donations would be greatly appreciated) and the Myelodysplastic Syndrome (MDS) Foundation.

A Celebration of Life will be held at a later date to allow his friends and family to share their memories of Warren and raise a glass in his honor.

Please leave memories and condolences for Warren’s family by signing the Tribute Wall below.