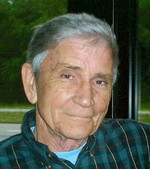 A native of Wilmington, NC, born March 24, 1937, Warren was the son of the late David Howard King and Mrs. Dorothy Marie King. He was a member of Faith Baptist Church; had served in the North Carolina National Guard, and had retired from Airmasters Heating and Air Conditioning Co. in 1997 with more than 20 years of service. Married for over 46 years, Warren was the loving husband to his wife that he affectionately called “Junebug”. Falling in love so many years ago, they have remained a solid married couple that many could easily envy. Together, they were the couple that most others who knew them loved and wanted to be around. It was this very love that kept his will to live so strong during his time of failing health.

Warren was also a loving friend, brother, father, and grandfather. Those who knew him were privileged to have known a good man. It’s hard to put into words how much he will be missed. With a heart of gold and an unstoppable drive in whatever he did, he had all of the makings of a wonderful role model. Warren was a family man with traditional values which he instilled into his own children. He taught them to always try do your best, work hard and to live life right. He left and made a wonderful impression on them.

Warren was passionate about his many hobbies; including puzzles, wood carving, making movies, collecting antique bottles, coins, and metal detecting or working in his backyard shop. There is hardly anything that he hasn’t gotten curious about and attempted to either collect, build or simply create from scratch. He often tried to cram more hours into a day than there were to accomplish some of these. Simply because there never seemed to be enough time in a day to get it all done. Yet, somehow he always seemed to make it happen and complete that “latest” project.

His passion for his hobbies was only outweighed by his love for his grandkids. He formed inseparable bonds and created memories with all three that they will be able to fall back on for the rest of their lives. Warren was the “Papa” that every grandchild shown have. From his playing on his hands and knees whatever the game may have been at the time, to teaching them how to use their imagination and let it run wild.

We will miss this man dearly, but we all know that he is now resting in peace and he will be waiting patiently for us until we all see him again.