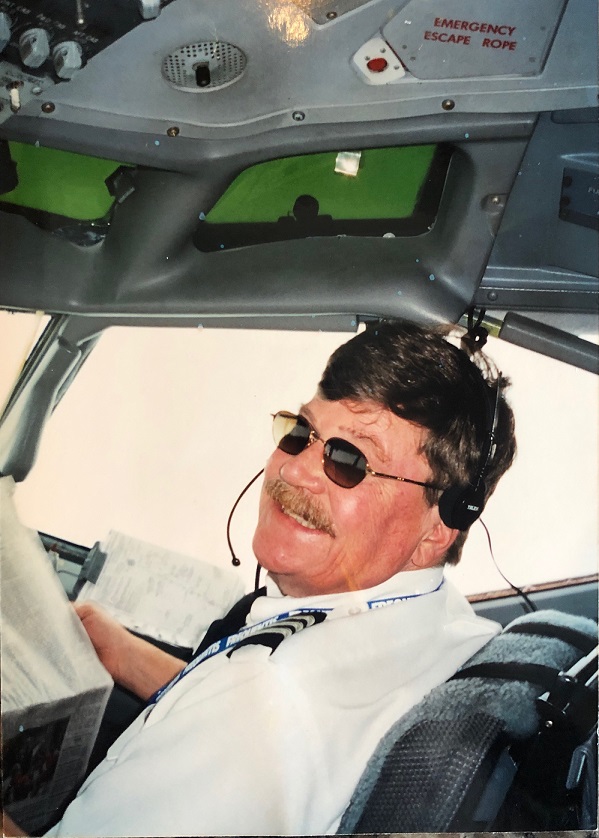 Coby was born January 18, 1949 in Cleveland, Ohio to Wayne C and Cynthia Cook Johnson who predeceased him.

Coby’s life was filled with aviation. His first flying lesson was at age 12 in Chardon, Ohio. He received a private license while studying at Kenyon College in 1970 where he studied Psychology. He joined the Air Force Reserve in November 1971 at Rickenbacker AFB, Columbus, Ohio where he flew Reserve C-123s, C-130’s and C-141s at Rickenbacker, Westover and Andrews AFB respectively. He also flew C123 and C130 missions world wide in support of 2nd Air Delivery Group in SE Asia during Vietnam and the USAF Southern Command based in Panama and Central America. In May, 1986 Coby Joined Piedmont Airlines which eventually became US Airways Airlines, retiring as a Captain in 2004. He flew B-737s,B-757s, B-767s totaling over 18000+ career flying hours. Coby was employed by The FAA before and after his airline career working in the FAA’s NY Air Carrier District Office and Eastern Region from 1979-1985 and at FAA Washington Headquarters from 2004 until his retirement in January 2016.

A Memorial to celebrate his life will be held at a future date.