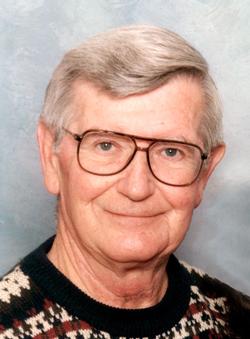 Wayne Ernest Greenough 78, of Hampstead, NC passed from this life on August 26, 2014 at New Hanover Regional Medical Center. Born in Medford, MA. He was the son of the late Walter E Greenough and Annie Pearl Eden. He is survived by his wife, Loretta,Son, Wayne Eric and Wife, Gail, son Scott Mathew and wife Erin, three grandchildren Thomas, Holly and Eliza and his brother, Dr. R. Clive Greenough and stepbrother, David R. Wilson.

Wayne attended Southern Methodist University and Boston University. He enlisted in the U.S. Army, served his country
In Germany and the Army Reserves. Wayne Spent his career as an officer of the Hartford Ins. Group. He also was employed at the Aetna as A Business analyst. Wayne was a faithful member of the
Hampstead United Methodist Church serving on various Committees. He was a member of the Olde Point Country Club for many years. He also was an ardent fan of The New England Patriots and The Boston Red Sox. Wayne loved his God, Country and family. He was a devoted father and husband and is greatly missed by his family and friends who loved him dearly. Many thanks to Debbie and Evalina who took
such good care of him.