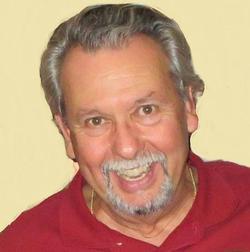 William “Bill” C. Pfeffer of Wilmington, NC took his final ride on Friday, March 21st 2014 at the age of 69.  Bill succumbed to the effects of a stroke but not before putting up one final fight.

Bill is survived by his wife, Jody Jones Pfeffer; brother, John; three sons, Adam, Mathew, Kurt; and beautiful grandchildren that adored him. Bill was born to Marie Alice and William A. Pfeffer in New York City; served his country in the US Army from 1965-1967 and later retired as a Sergeant from the New York City Police Department. Bill’s big heart will be missed by many.  As a true patriot, he taught us all much about selflessness, sacrifice, respect, and honor.  He devoted much of his energy to support his country and so many causes he held dear.  Above all, his bond and love for friends and family will most certainly be missed.  Every man dies, not every man truly lives.  Life is short, forgive quickly, love honestly, laugh easy, keep it simple, ride often, ride free, no regrets.

Flowers or donations to www.woundedwarriorproject.org or to St. Paul’s Evangelical Lutheran Church.