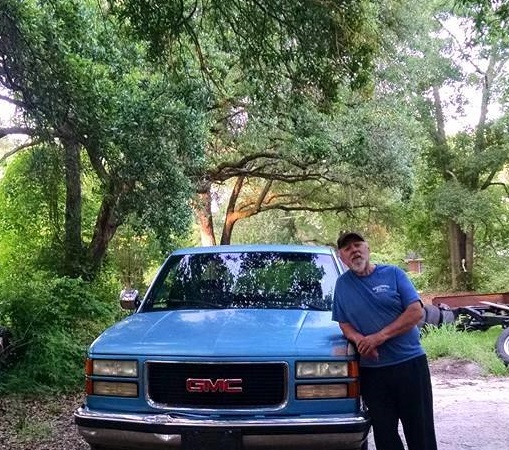 William Earl “Billy” Long, Junior, finished his race on Earth and started his race in Heaven on October 15, 2018.

It all started on November 9, 1949 in Salem, New Jersey. Billy, the son of William Earl Long, Senior and Gloria Long, quickly developed an independent streak that he maintained his entire life. In 1967, at the young age of 17, Billy sat out to find his own fortune, making the bold decision to move from New Jersey to Greensboro, North Carolina. He quickly found a place in the gearhead scene in the North Carolina Piedmont region. Wherever he went, he made friends, like the policeman who pulled him for driving over 100 MPH and bought the car he was speeding in from him a week later. Eventually, after being repeatedly told by his future wife, Rosemary Craddock, that he was a “greaser”, he won her hand and on September 12, 1975, they were married. Billy, like many other in-laws of the Craddock Family, quickly found himself adopted by the family (they have no choice), and began his career working for his father-in-law’s masonry company as a lift operator, mechanic and equipment transport specialist. Billy’s mechanical and technical expertise and his knack for coaxing machines to work made him invaluable to the company for the 30 years he worked in the construction field.

In 1980, Billy took on the job at which he excelled above everything else: fatherhood. His kindly manner under his “good ‘ol boy” exterior really shone as he was a loving and doting father to his children. His tender manner helped him and Rosemary to raise four children into four fine and unique adults.

Besides his love of cars and his impressive knowledge of automotive history, Billy also loved movies (John Wayne was his favorite), sports, and music. He lived to make friends, to have a good time, and to enjoy a good-and jolly-laugh. Wherever he went, Billy made friends like a baker makes bread. His charm was natural and effortless. When those he loved needed a kind friend, he was always there.  The only people who didn’t love Billy Long were the people who were never lucky enough to have met him.

He is survived by his wife, Rosemary Craddock Long, three sons, Chris Long and his wife Melissa, John Sawchuk (Caleigh), and Brandon McRae (Bobbie), and his daughter, Jessica Long.

Visitation will be from 5-7 on Thursday, October 18, 2018 at Wilmington Burial and Cremation with a memorial to follow at 7