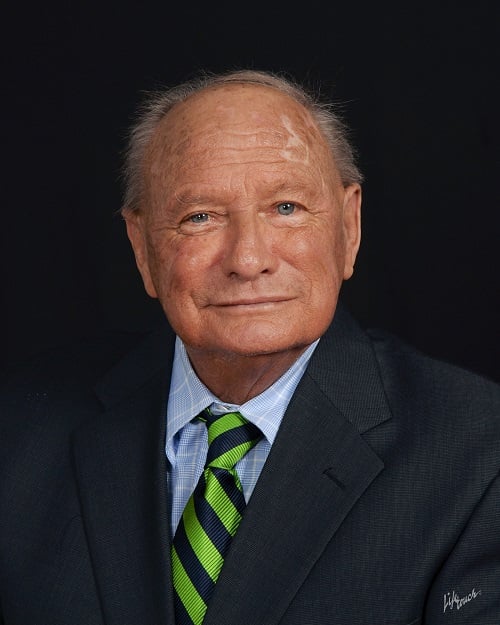 He is survived by his beloved wife of 55 years, Maxine Brantham Hobbs, his daughter Kinzy Hobbs Tippett and her husband Jeffrey Clay Tippett, his granddaughter Grace McCoy Tippett, his sister Janet Hobbs Dorman and her husband Michael Norris, his brother Stephen Lewis Hobbs and his wife Kayren, his brother in law Thomas Faro Brantham and his wife Mary Rose and his sister in law Pamela Brantham and many nieces and nephews.

Mr. Hobbs was a proud graduate of New Hanover High School in 1959. He received a BA in Social Studies from Campbell College and a Masters Degree in History and Political Science from Appalachian State University.

He served as President of the NC Jaycees and was a legislative aide for the Honorable US Senator B. Everett Jordan. He joined W.K. Hobbs, Inc., the family business in 1973, distributing petroleum products throughout southeastern NC for over 65 years.

Bill was a devoted member and leader in Temple Baptist Church, where he and his family were nurtured over the years. He served in many capacities, including deacon, Sunday school teacher, finance committee chairperson, faithful and active servant right up until his death.

Mr. Hobbs was a leader in local civic affairs, serving as chairperson of the Cape Fear Area United Way Campaign and as the President of the Greater Wilmington Chamber of Commerce for two terms in 1990-1992. He also served two terms as Chairman of the New Hanover County Department of Social Services. It was also his honor to participate on the Appalachian State University Board of Trustees for eight years. In 1971 Mr. Hobbs received the Order of the Long Leaf Pine, NC’s highest civilian honor, in recognition of his service to his community and his State. Through his community involvement, Bill affected the lives of many and appreciated each friendship greatly.

In lieu of flowers, the family requests a donation to Temple Baptist Church or any charity of choice.