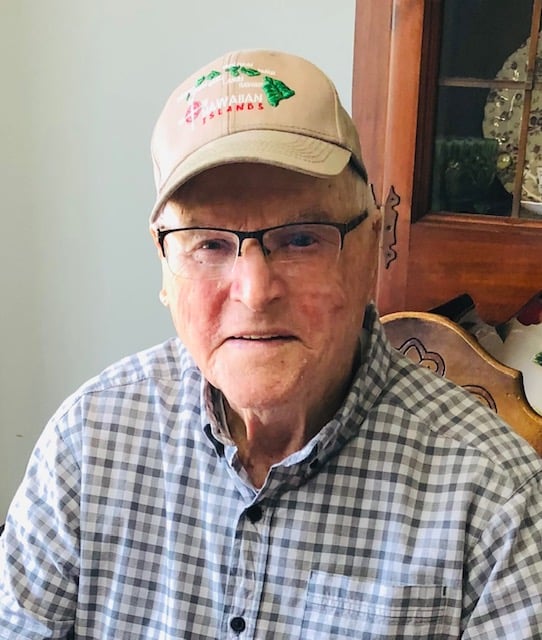 William (Bill) Leon Carraway, 96, of Champions Assisted Living, Wilmington, North Carolina went to be with the Lord on July 11, 2022.

Bill was born in New Bern, NC on March 11, 1926, the eleventh child of Mattie Pittman Carraway and William Thomas Carraway.

Bill graduated from Oriental High School in 1943 and joined the Merchant Marines in 1944 during World War II. He served as a seaman for eight years until 1952. Bill then went to work for the Exxon Corporation where he worked 30 years. He began at Exxon as a truck driver, enjoying traveling across North Carolina. Bill worked for Exxon Corporation in Washington, NC, Morehead City, NC, and Wilmington, NC, and retired as a superintendent.

He married Dora Mae Smith in 1947, and they raised two daughters, Diane and Sharon.

Bill had a great passion for fishing and loved being on the water. He was known for his quick wit, great sense of humor, friendliness to everyone he met, and his generous spirit. He loved country cooking, country music and singing old songs and hymns. One of his greatest assets was his ability to encourage and uplift others.

A graveside service will be held at Oleander Memorial Gardens, 306 Bradley Drive at 11:00 am on Thursday July 14, 2022. Flowers may be sent to Wilmington Funeral and Cremation at 1535 S. 41st Street, Wilmington, NC.