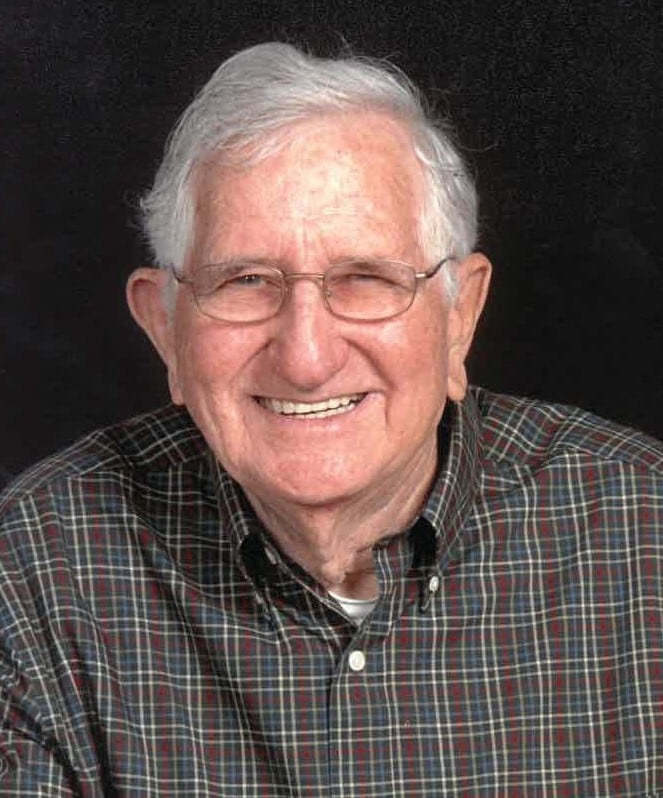 William Stephen Crump, age 92 longtime resident of the Wrightsboro Commumity in Wilmington stepped into the loving presence of Jesus on Monday, March 16, 2020 at his home.

Bill was born in Ellerbe, in Richmond County, NC on June 13, 1927. He was the son of the late Alva Escar “Jack” Crump and Mary Emma “Maggie” Kearns Crump.

Bill was a longtime member of Wrightsboro United Methodist Church and an active member of his community. He retired from Carolina Power and Light in 1989 after 41 years of faithful service. He was a proud veteran of the US Navy serving during WW II from April 15, 1946 until his discharge, February 13, 1948. He will be honored with Military Honors for his service to our Country.

Married on November 27, 1960, many would describe the almost 60 year marriage of Bill and Marie as a love story. If you needed a hug, or a good story from his youth, Bill was always ready with both. He never met a stranger.

Left to mourn the loss of such a great man is his wife of 59 years, Marie Dupree Crump; his children, Mary Crump Walsh (Andrew) of Raleigh, Stephen Crump, Jr. (Joyce), Edward Crump of Raleigh; nine grandchildren and one great-grandchild.

Burial services will be held at the graveside at Concord United Methodist Church in Ellerbe, NC on Friday, March 20, 2020 attended by family only.

A Celebration of Life memorial service will be planned for a later date due to the current health concerns.