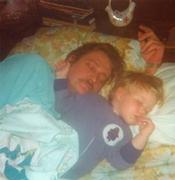 William Villani Nelson, Sr. 73 of Leland passed away Wednesday October 5, 2011 at his home.

Born May 13, 1938 in McDowell County, West Virginia. He was the son of Nina Sparks-Nelson and Thomas Nelson.

He is proceeded in death by his mother, his father, and siblings; Ozella, Lucille, Geraldine (Jud), Athaline (Jake), and Harold.

He is survived by his wife of 11yrs, Linda Nelson, his previous wife of 23 yrs. Judee Nelson, his children; Gwayla Nelson-Chase and William Villani Nelson jr. His step children that he raised as his own from a very young age; Scott Looney and Cindy Talbott. His grandchildren; James Nelson Chase, Jillian Lewis, Jordan Lewis, Shelby Talbott, William Villani Nelson iii, Heather Nelson, Christen Nelson, Charles Nelson, and Misty Looney. His siblings; Alma and Ray. Five great grand children and many nieces, nephews, and cousins who lovingly referred to him as “Uncle Lonnie”.

He will not only be missed by his family but also by his many friends that called him, “Mr. Bill”.

He briefly served his county in the United States air force. He relocated to Maryland and was a meat cutter for Safeway grocery store for over 30 years. During this time he was an active member of the Accokeek, MD Lions Club. After he retired from Safeway he relocated to North Carolina. He utilized his CDL license and drove trucks for Howlett construction and Tom Parmenter trucking. He also owned and operated his own escort flag car service.

He was a lifelong fan of the Washington Redskins. He also enjoyed golf (he even got a hole in one), bowling (he even scored a 300 game often), Nascar, and his TV remote! When he wasn’t working he enjoyed laying back in his recliner with that remote!

He was an amazing dancer who seemed to float on air.

A Poem from his daughter, Gwayla:

Sometimes your steps are very plain
Sometimes they’re hard to see
So walk a little plainer daddy
For you are leading me!

For sometimes when I am tempted
I dont know what to do
So walk a little plainer daddy
For I must follow you.

And I would like to lead them right
And help them to be true
So walk a little plainer daddy
For we must follow you.

Please share memories and condoloences with the family by clicking on the “Sign Guest Book” tab above.