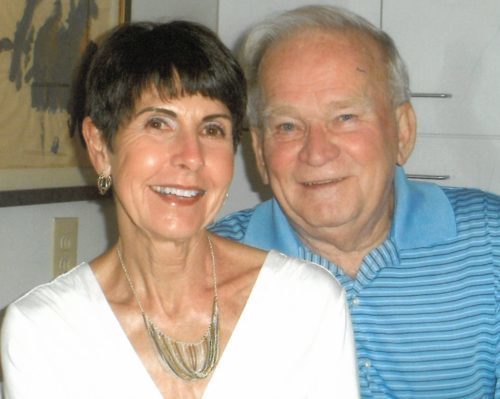 Worth (Jack) Jackson Maynard, Jr., 88, husband of Sandy Maynard, died on February 9, 2020 at home after a lengthy illness.

Born in Bridgeton, NJ on October 2, 1931, he was the son of Worth Jackson Sr. and Carrie Virginia Bryant Maynard. He resided in Wilmington, NC and had graduated with a master’s degree in education. He was a Spanish teacher, assistant principal and principal in New Hanover County.

Besides his wife, he is survived by two daughters, Carol Stoner (Andy) and Grace Maynard (Peter), all of Charlotte; son, Lee Sarp (Megan) of Wilmington; grandchild, Worth Thompson of Charlotte; brother, Doug Maynard of Winston-Salem; three nieces and 5 nephews; and grand dogs: Sam, Scruffy, Sadie and Zeus.

He was predeceased by his parents; sister, Virginia McMillan; son, Worth Maynard; daughter, Caroline Maynard; and grand dogs, Gus and Molly.

Jack was incredibly brave and courageous during his journey these last several months. He was so very strong. He fought so hard. I love you to the moon and back.