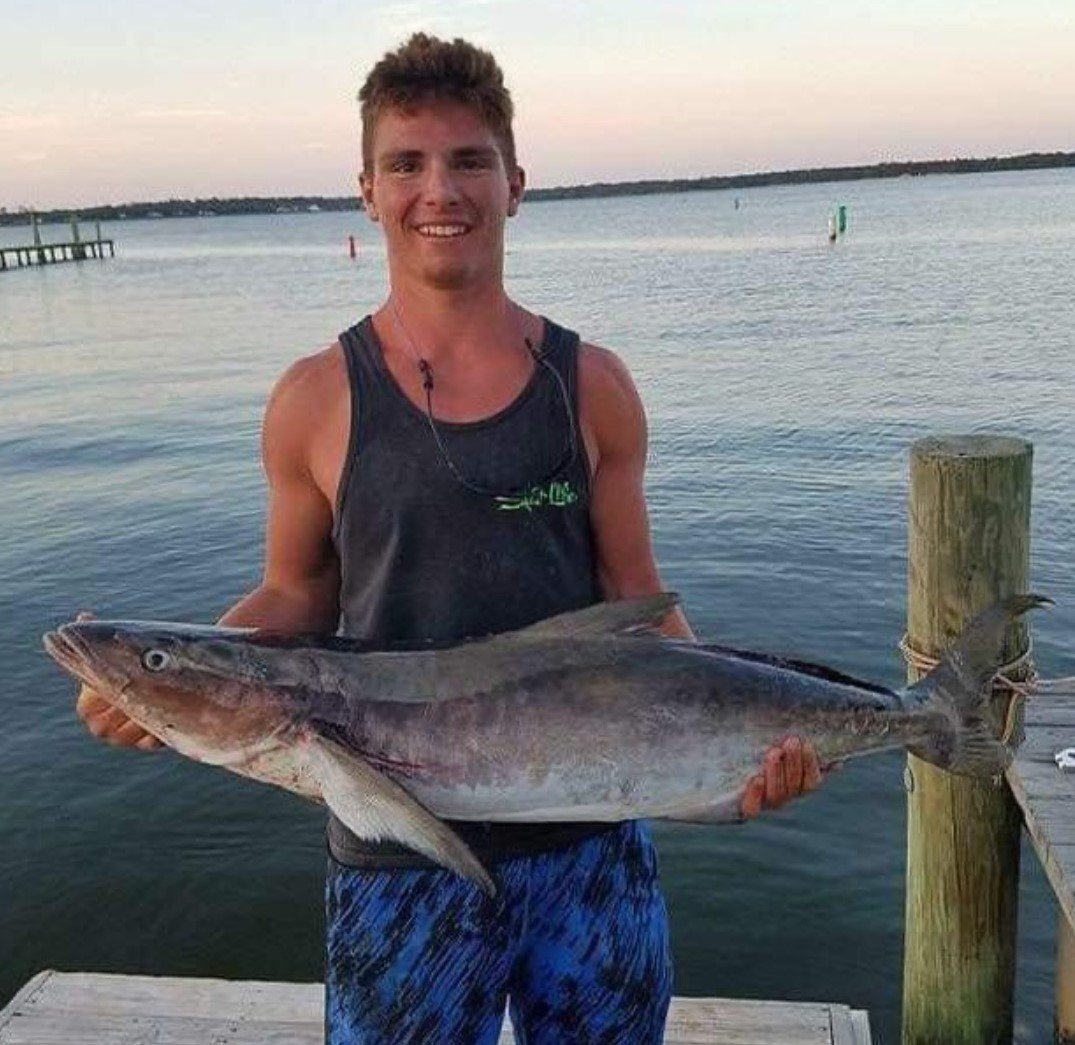 Zachary (Zack) Robert McDermon was 24 years old when he passed away the morning of August 7th at his home in Sneads Ferry, NC.
Zack was born on June 14th, 1998 in Phoenixville, PA.  He spent the first 11 years of his life in Glenmoore, PA where he loved everything the outdoors had to offer.  He and his friends rode 4 wheelers and cat fished most days if they were not at Marsh Creek Eagles football practice.  When Zack was 12, he moved to North Topsail Beach, NC.  He just loved everything about living on the coast.  He traded his 4 wheeler for the Seaview Fishing pier.  He would be there from sun up until his mom made him come home at dinner time.  He played middle school and high school football for Dixon.  He made so many great friends that touched his life there. He loved playing ball and he was very skilled at it.   After high school, Zack decided to attend UNCW and then Cape Fear Community College.  He finally settled into working with his father at the family construction company.  Zack rebuilt the house he lived in from top to bottom with his father.  He was so proud of that house and all he was accomplishing with his life.  He was so happy and caring towards everyone he met.  He always had a smile and wanted others to be happy.  He loved his family and friends.  In Zack’s 5th grade report on his life, even then he focused on his love of football and fishing.  That never changed.  He also said the meaning of his name, Zachary, means the Lord Recalled.  He felt that suited him because he liked to pray.  God has recalled an angel that his family misses now and will forever.  We will forever hold him close in our hearts.  He will never be forgotten.
Zack leaves behind his father, Edwin McDermon, his mother, Joann McDermon, his sister, Ashley McDermon, his brother, Jake McDermon, his sister in law, Kellie McDermon, his nephew, Jackson McDermon, and by his aunts, uncles and cousins.    Zack also left behind his best friend, Zeus who will be cared for by his family.
A memorial service in remembrance of Zack will be held at the Gathering in Surf City at 11:00am on Saturday, August 20th, 2022.  There will be a private family burial following the services.
Zack will be laid to rest at Sea Lawn Memorial park in Hampstead, NC next to his grandparents, Robert and Ida McNamara.
Share memories and condolences with the family by clicking on the “Tribute” tab below.
Wilmington Funeral & Cremation 1535 S. 41st Street Wilmington, NC 28403 910.791-9099.